Johann Rupert created Leopard Creek, and with Gary Player, designed a championship 18-hole golf course as its centerpiece, which opened in 1996 as an exclusive members only club. They wanted a course which friends could play and enjoy, yet which could also test the best of players. Small streams and lakes are found throughout the development, creating challenging play to the golfer. Remodeling of the Leopard Creek golf course took place during 2000 with a change of grass on the greens to Bent and the installation of sub-air systems. Golfing hazards take on a new dimension at Leopard Creek, for much of the water is home to hippos and the creature for which the adjacent river is named – the crocodile.

After nearly 15 years in operation and experiencing erosion and water run off problems with several of the bunkers on the course a renovation has become necessary. Having been advised of the environmentally friendly and technologically advanced product Bunkertac provided by On-Course Solutions; Golf Course Superintendent Derek Muggeridge chose to renovate three bunkers on the course using Bunkertac. Two fairway bunkers on hole 18 and one greenside bunker on hole 8 were selected for the Bunkertac application.

The Bunkertac application took place from April 20th to the 23rd 2010. With guidance from On-Course personnel the Leopard Creek maintenance crew prepared the selected bunkers for the application. Once prepared the bunkers were treated with Bunkertac which was applied in several coats using a simple pump and spray system and then sand was flashed over the faces and into the edges of the bunker providing more aesthetically pleasing, player friendly and environmentally friendly bunkers which will provide better drainage and prevent erosion, contamination and washing of the sand from water run-off. 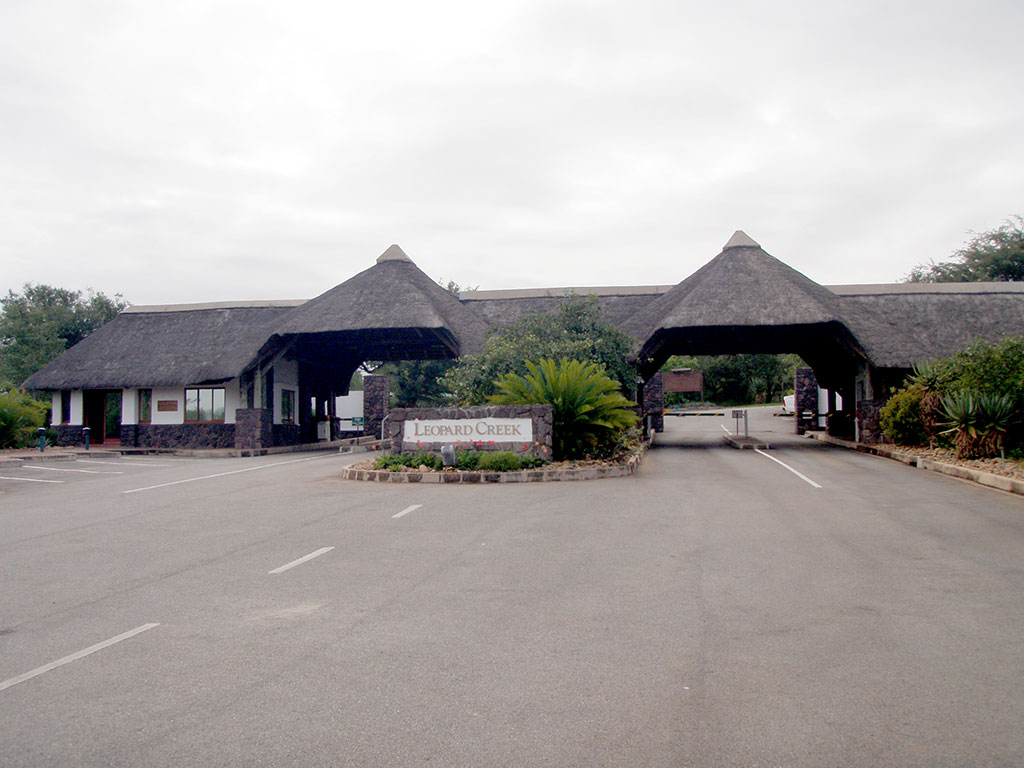 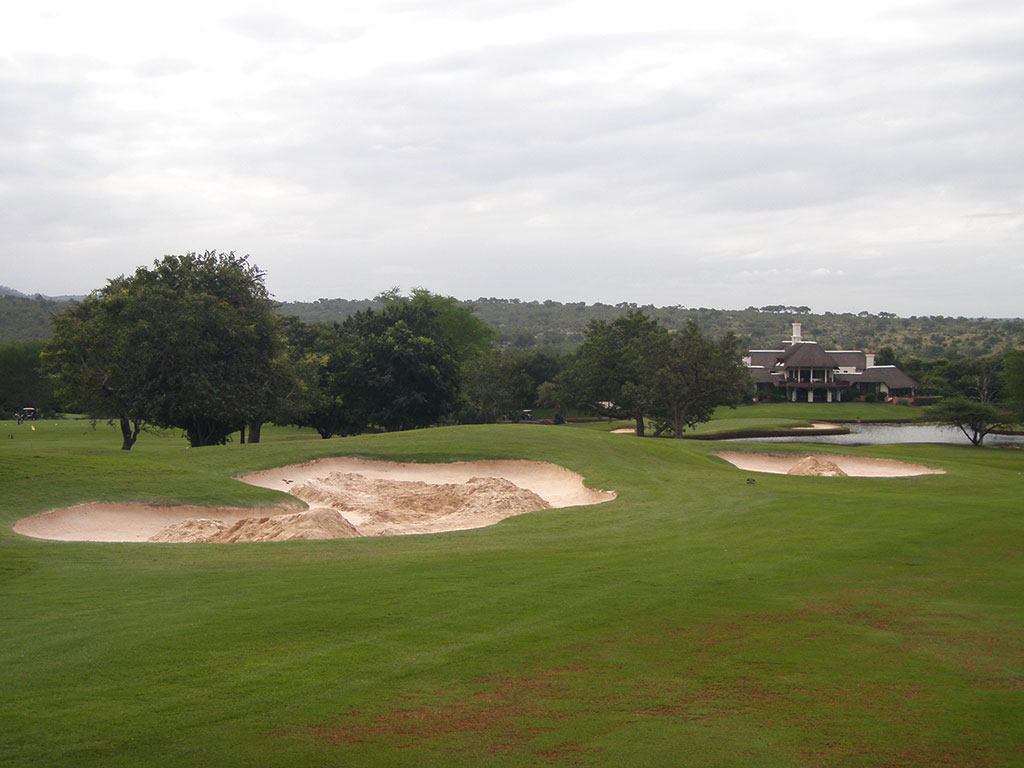 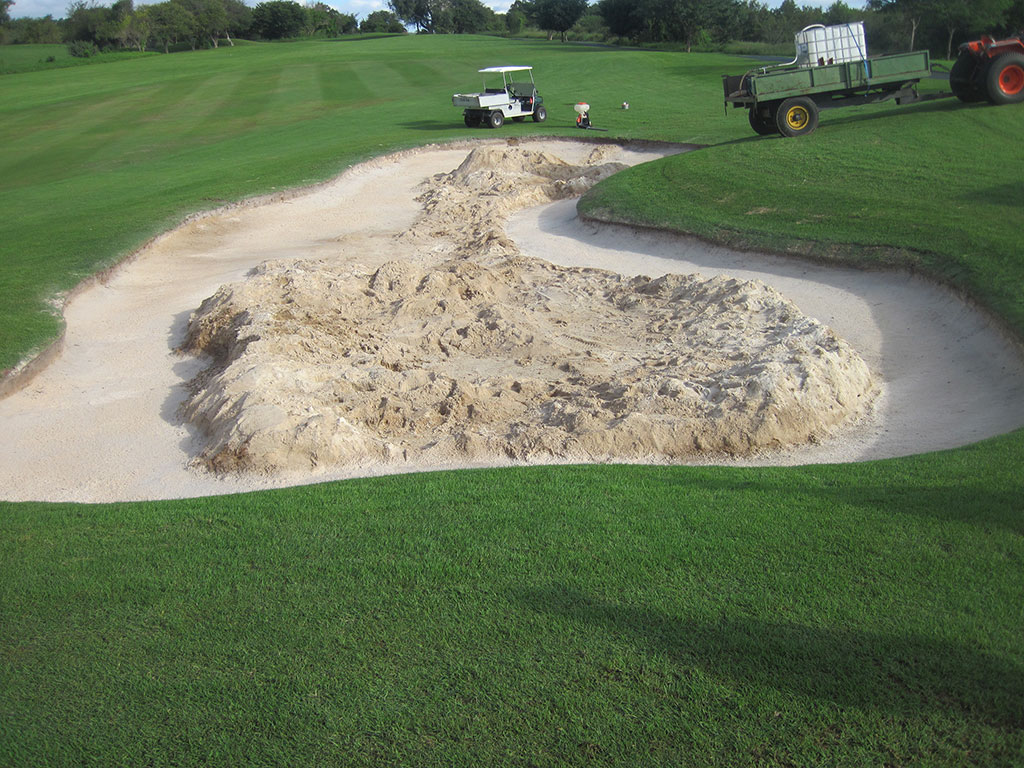 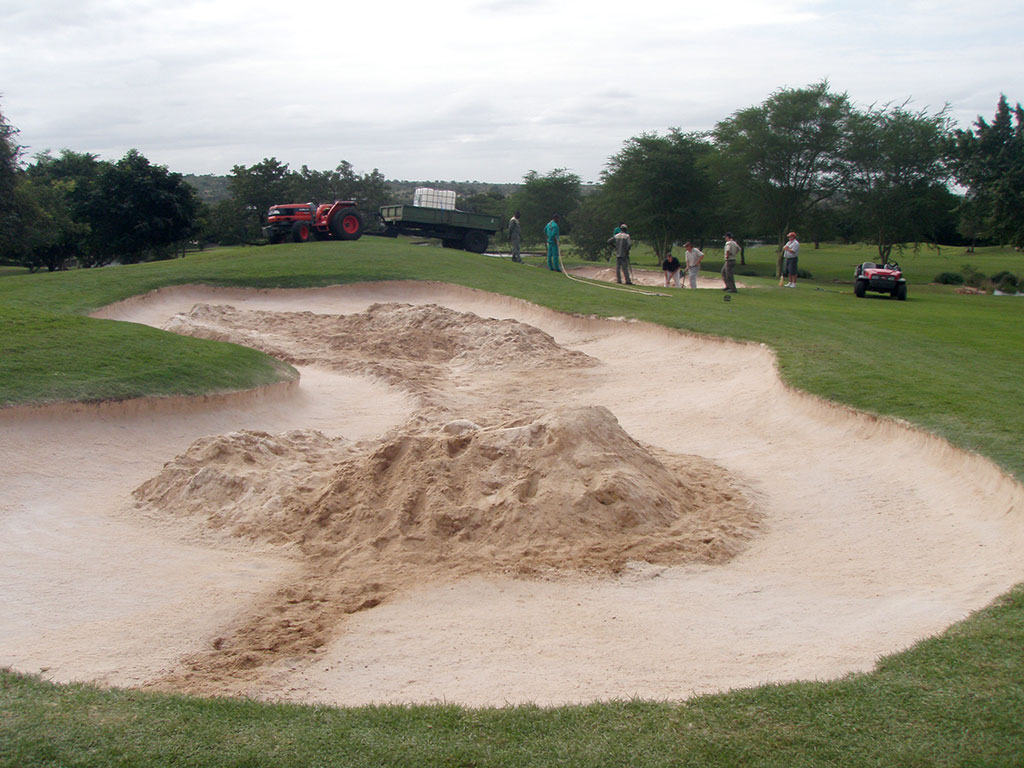 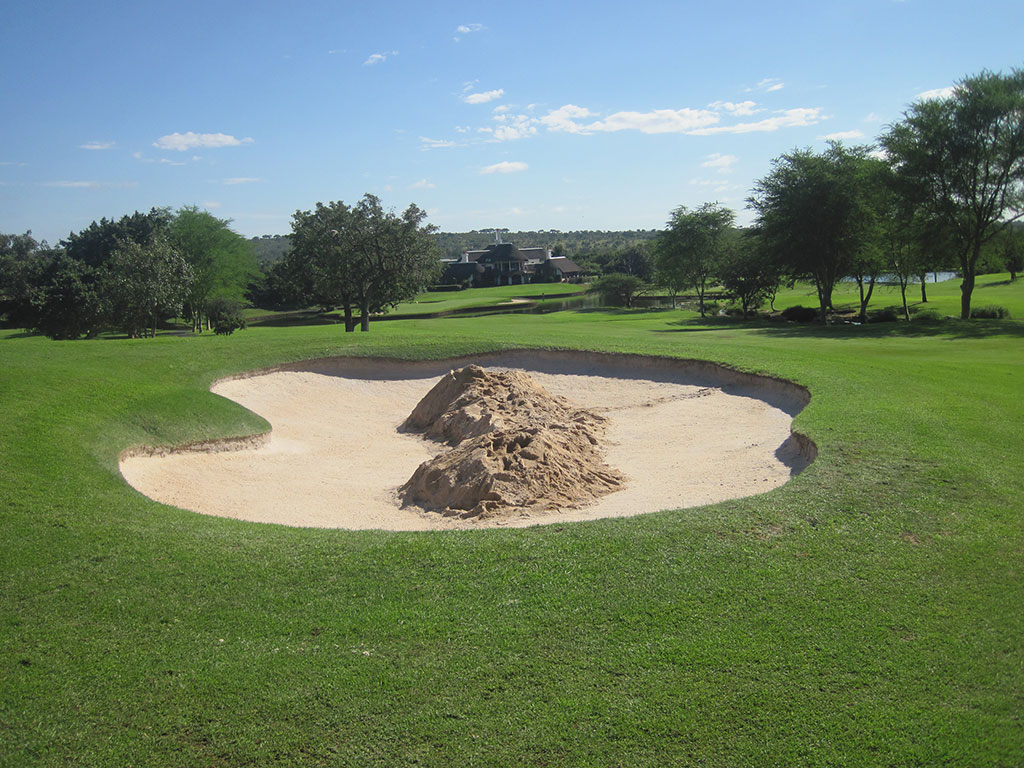 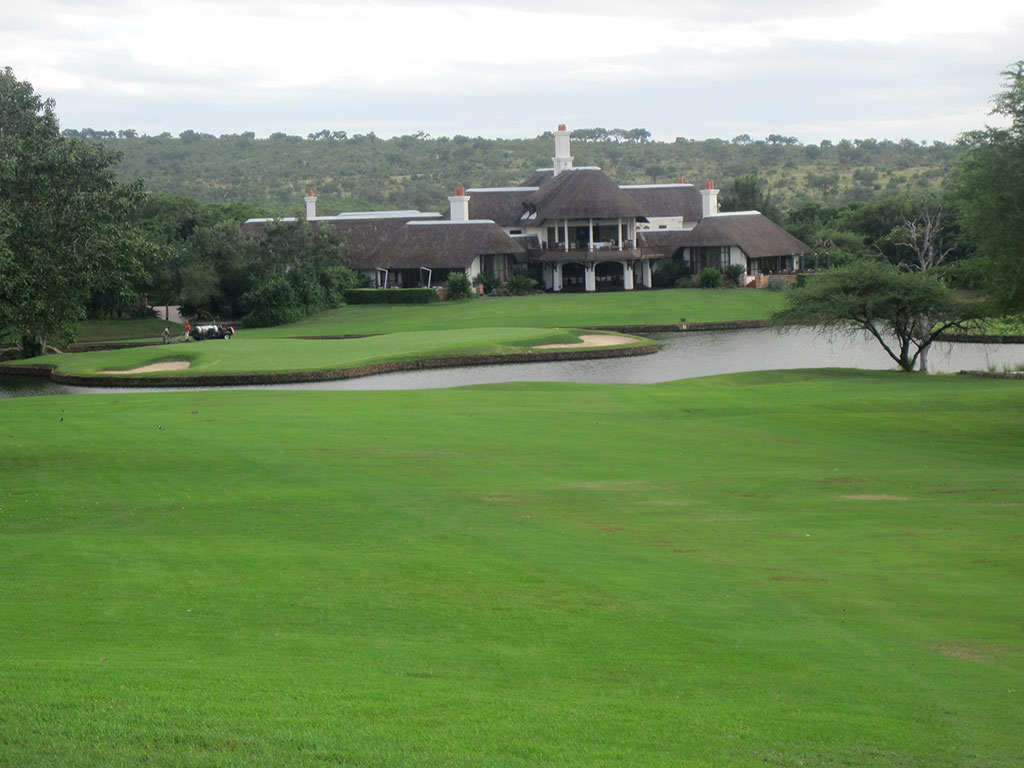 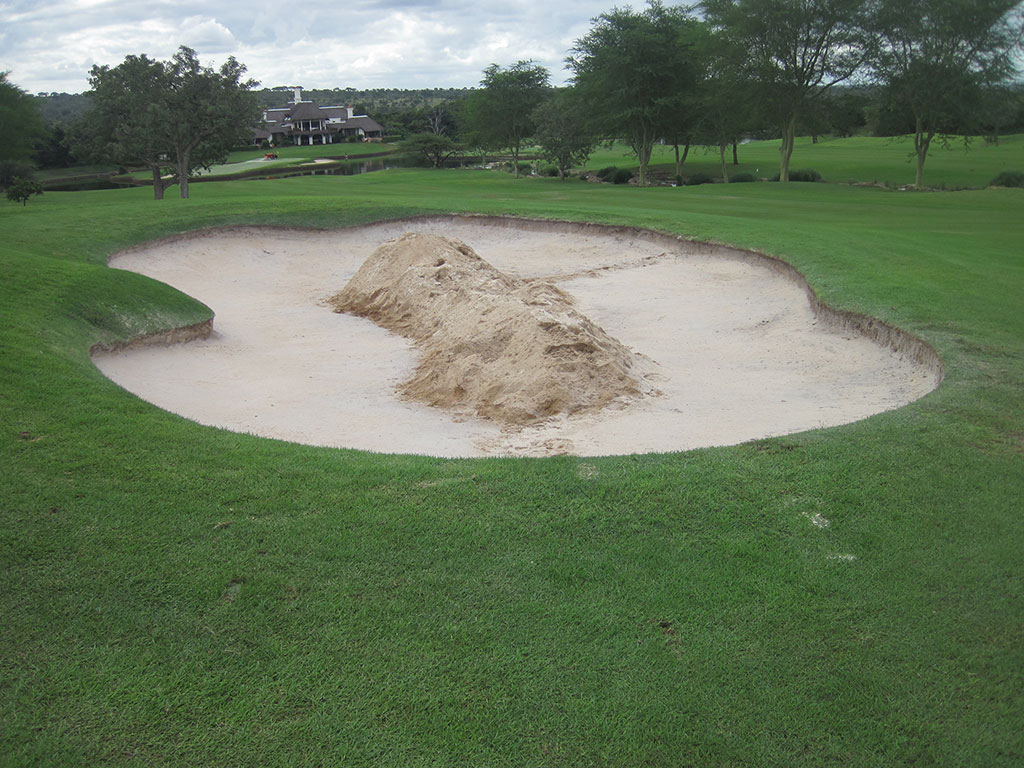 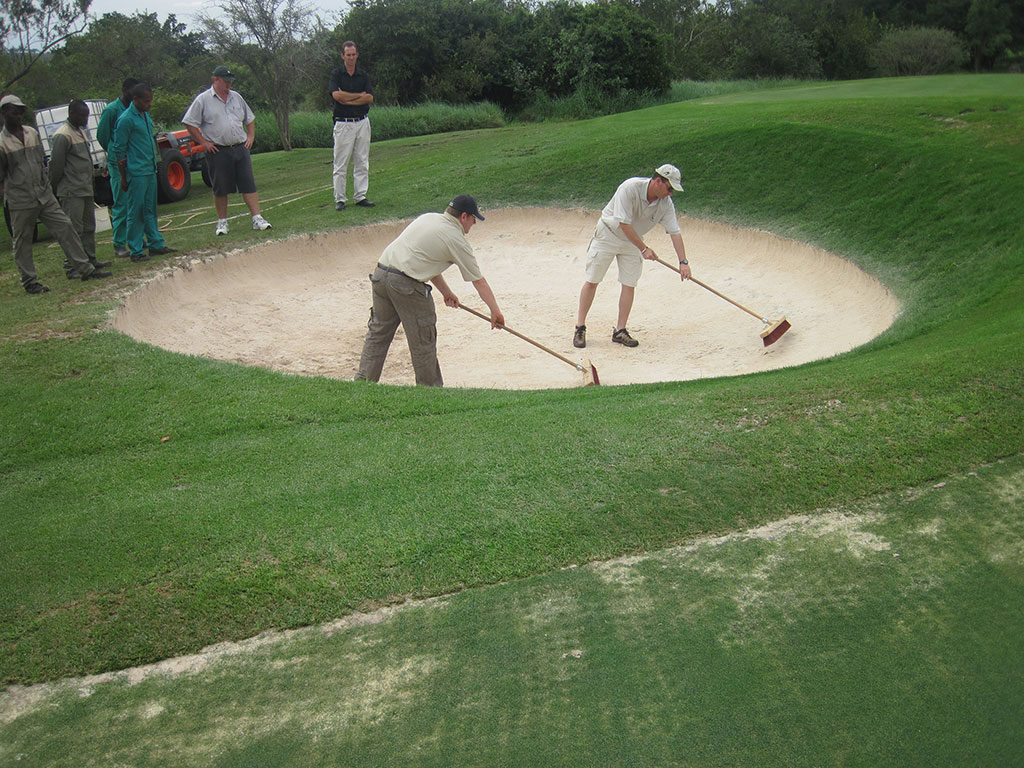 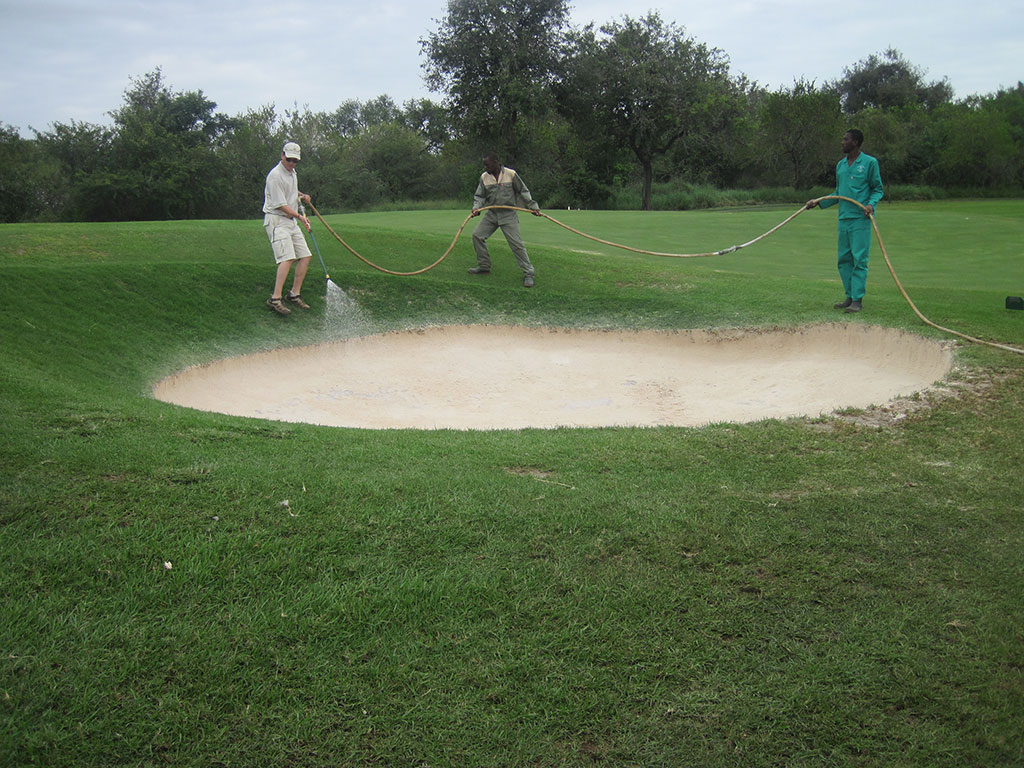 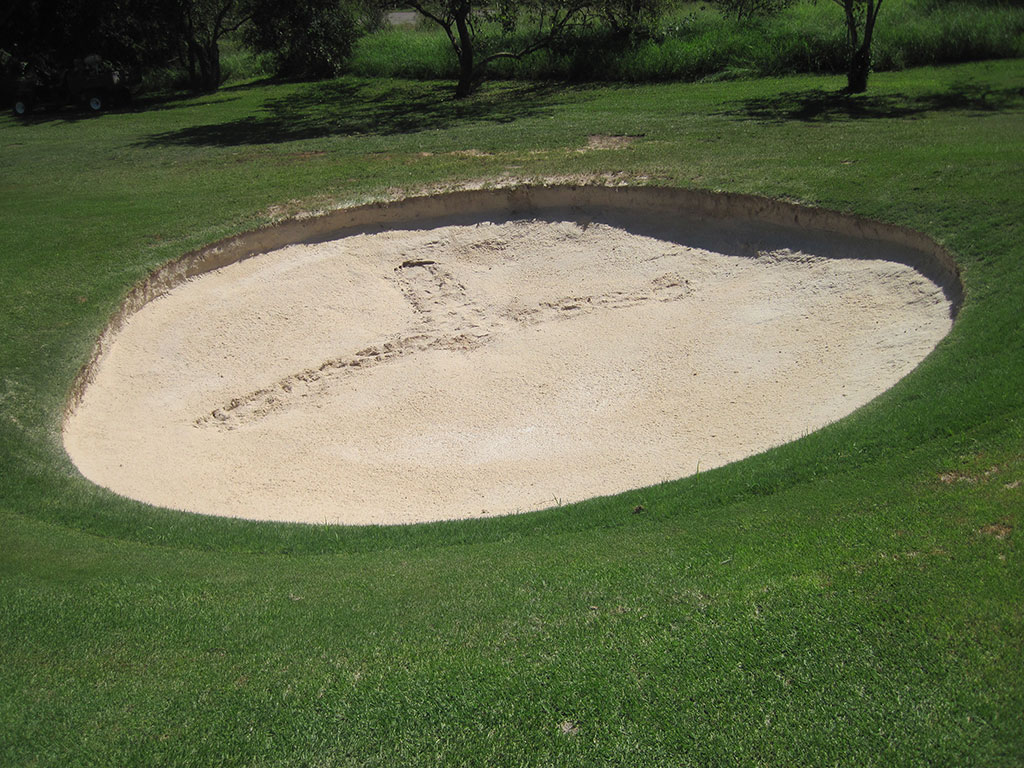 Get A Quote Today

On-Course provides site assessments, and on site training to your current construction and maintenance teams. Let us know what your requirements are?